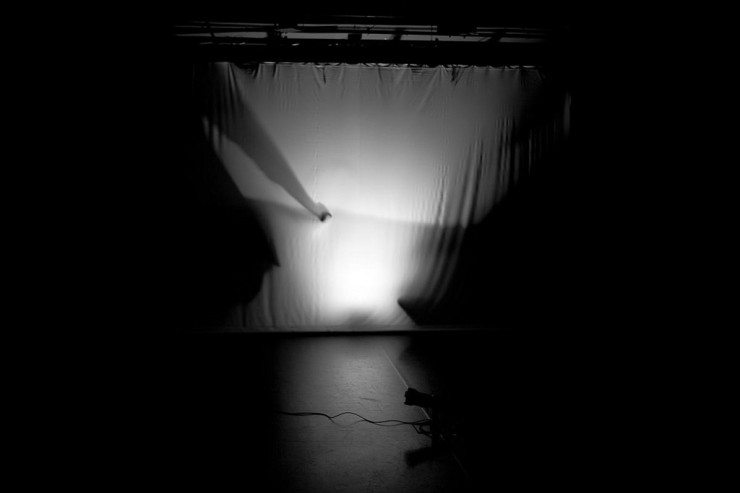 The workshop was organised by the Institute of Lighting Design (ISD) in cooperation with the ATI and 420PEOPLE  and the New Stage of the National Theatre and supported by CNFB.

Michael Simon is a top international lighting designer, set designer, and director who gained renowned through his many years of cooperation with Jiří Kylián, William Forsythe, Heiner Goebbels, and Christof Nel. He currently teaches at the prestig- ious ZHdK Zurich.

Michael Simon studied stage design in Stuttgart in 1978-1981. As a student he was already  doing  performances  at  galleries  in  New  York,  which  led  him  to  an  interest  in  lighting  design.  In  1981  in  New  York he  introduced  his  work  ‘’Memories  Can’t  Wait”,  which  he  both  wrote  and  directed  himself.  Since  1992,  he  has  worked   as a lighting artist mainly with William Forsythe (the choreographic works Gänge, LDC, Isabel’s Dance, Impressing the Czar).  He then created stage designs for theatres in Berlin, Hamburg, Düsseldorf, Frankfurt, Darmstadt, Freiburg, Wuppertal and Kiel. He  worked  with  Jiří  Kylián  on  the  dance  pieces  Sint  Joris  rijd  uit,  Kaguyahime,  Whereabouts  Unknown,  Wings  of  Wax,  and the spectacular work of choreography Arcimboldo, performed in Prague in 2000.